Is Digideck the next PowerPoint? February 23, 2018
Kate Lerette –
Since launching Sportsdigita in 2011, Angelina Lawton has developed a strong presence in professional sports leagues. In fact, her first client was the Detroit Red Wings. Today, a majority of her 300-plus clients are professional sports teams, including the New York Yankees, Los Angeles Lakers and Green Bay Packers.“We are the largest [company] in the sales enablement space in professional sports,” says Lawton, adding that the sales enablement sector, which includes the strategies, tools and processes that help sales teams sell more effectively, is projected to reach $5 billion by 2021.

The idea for Sportsdigita emerged during Lawton’s career as senior vice president of corporate communications for the Tampa Bay Lightning. “The sales team was pitching six- and seven-figure deals [to potential sponsors] using PowerPoint, and I thought, ‘We have to bring this to life; there are too many great assets that we are asking people to sponsor,’ ” she recalls. “I was there long enough to know that this was a need in the professional sports world.” Digideck is like PowerPoint on steroids, explains Lawton: “It has a lot more reach and a lot more capabilities.” It even has its own website. “Anybody that has a story to tell or something to sell can use it.”

The platform is used mostly by sales and marketing teams to drive revenue through interactive sales presentations, but Lawton has much bigger plans for the tool. She is determined to broaden the platform’s capabilities and transform Digideck into the new PowerPoint. This year, she is branching out from the sports industry and shifting her focus to the B2B sector.

After she was approached by numerous investors and venture capital firms over the years, Lawton took a chance in January and accepted a round of funding from

Chicago-based venture capital firm PEAK6 Sports. Lawton wouldn’t disclose the amount or terms of the investment, but she says the money will be used to grow Sportsdigita’s sales and marketing efforts faster and allow the company to focus on adding clients in the B2B space.

Until now, Lawton had only raised money from friends and family. “I knew that when I was ready to take money in it would still be from somebody that I knew,” says Lawton, who knows PEAK6 owner Matt Hulsizer through her husband. “I wanted to get [the company] to a point where I was comfortable taking money—when we had enough success and enough repeatable business.” 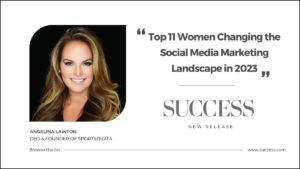 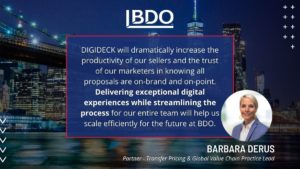